Co-Founder & Executive Director
Diana began her work at San Quentin by volunteering with the California Reentry Program. It was there that she connected with San Quentin resident, Mr. Butler, who was interested in creating a program to help the currently incarcerated get jobs upon reentry. Diana discovered her own passion for the idea, created a curriculum, and began reaching out to potential employers. After 6 months of development, the Prison to Employment Connection Program was launched in the Fall of 2014. Diana brings her experience in non-profit development to her role as the Executive Director. As a Major Gifts Associate at the Environmental Defense Fund in New York City, she specialized in major donor fundraising and special events. She was also the Director of Development at the Head-Royce School in Oakland and successfully completed a $3.5 million dollar capital campaign. Most recently, Diana served as Director of Development and was responsible for major gifts and managing the grant writing, direct mail, special events and publications departments at the Coral Reef Alliance in San Francisco. Diana holds a B.A. in Psychology, an M.A. in Counseling Psychology from Columbia University in New York, and is a Certified Life Coach.

Co-Founder
Prison to Employment Connection Co-Founder Thedo "Noble" Butler, went from being incarcerated to having to put his money where his mouth is. He was released from San Quentin State Prison In September 2018. During the time he has returned to the community, he has faced many challenges that tested his faith in the very process he preached. But now, Noble is gainfully employed with two companies; at a tech company and a non-profit. He has taken the steps to be a productive, contributing member of the community and striving to embody the values that Prison to Employment Connection hopes to inspire in all its participants.

Volunteer
Gabrielle first became involved with Prison to Employment Connection while volunteering with the California Reentry Program. As a former probation officer and professional writer, Gabrielle now combines her interests in both criminal justice and writing as a Legal Assistant for The Law Offices of Elizabeth Grossman, a criminal defense law firm in Berkeley. She enjoys helping people navigate the criminal justice system and make positive changes in their lives. Gabrielle has a Bachelor's degree in English from Northern Illinois University and is a Certified Professional Resume Writer (CPRW).

Volunteer
Lisa Trustin has been a vocational expert and career counselor in the San Francisco Bay Area for more than 15 years. She volunteered for the Prison to Employment Connection program to use her understanding of people that navigate challenging life and work transitions to help men affected by crime and incarceration transform their lives through work. Lisa is honored to witness the deep transformation that they experience as a result of their commitment and hard work in the program. Lisa has a B.A., Business Administration, University of Colorado, an M.A. Career Development, JFK University, Pleasant Hill, and also serves on the scholarship committee for the Dipsea Race, Mill Valley, and volunteers at Halleck Creek Ranch, Nicasio. 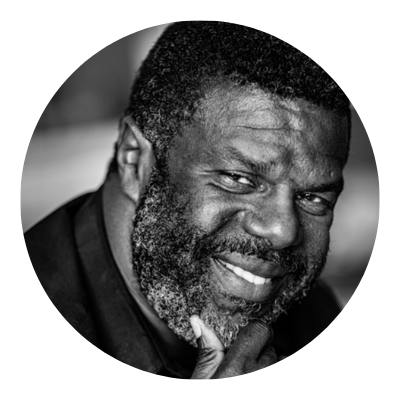 Lonnie currently serves as the Alameda County Director of the Center for Employment Opportunities (CEO) in Oakland, CA. CEO is dedicated to providing immediate, effective and comprehensive services and opportunities to people with criminal backgrounds. He is an innovative and visionary leader with over a decade of experience in successfully promoting workforce programs across the San Francisco Bay Area. He focuses on training and employment opportunities for populations with barriers to employment, including the formerly incarcerated, minorities, disabled and veterans and has elevated his work to become an industry standard. Lonnie’s track record of success is built on cultivating client, agency and stakeholder communications and support that is focused on anticipated challenges and strategic solutions. 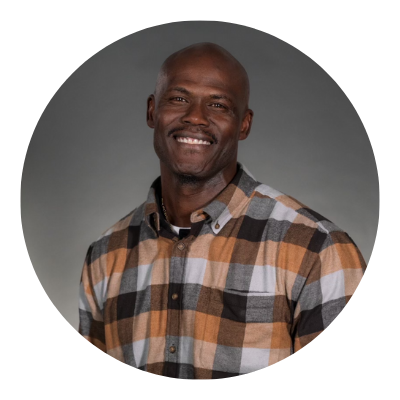 John Windham was incarcerated for 30 years and is now CEO of “We All We Got JMW” Foundation which provides housing for the formerly incarcerated. He also works with Bonafide, an organization that supports people just released from prison with gate pick-ups, basic supplies and peer mentorship. In addition, John works with both the community and police as a de-escalation team manager and was a public speaker in support of the passage of Proposition 17 which gives the formerly incarcerated in CA the right to vote. As a participant and facilitator of Prison to Employment Connection he has seen first-hand how important job readiness training is to gaining employment upon release. Prison to Employment Connection changed his life, and he now ready to assist others in becoming gainfully employed. 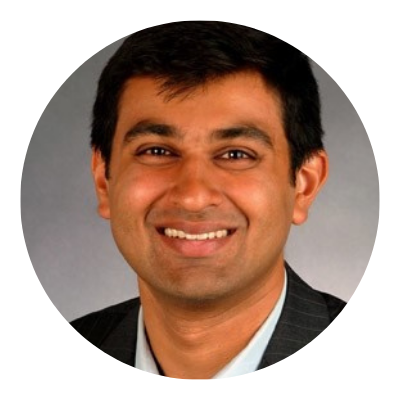 Tejas has worked as the Head of Corporate Finance and Investor Relations at Apple for the past 7 years. He previously worked in financial services at Deutsche Bank, BNP Paribas and Piper Sandler in New York and San Francisco. He graduated from Claremont McKenna College in 2009 and was a part of the CMS Stags basketball program. Tejas has volunteered and played basketball at San Quentin State Prison as part of the Prison Sports Ministry Program since he moved to San Francisco in 2013. Volunteering has fundamentally changed his perspective on prison reform, and he believes basketball at San Quentin is the best competition he's played since college. Tejas is committed to creating a more just world. When inside San Quentin he is always inspired by the people he meets and relationships he has built. He wants to help people who were incarcerated get back on their feet and believes that one of the most critical pieces to the puzzle is to find opportunities for employment. 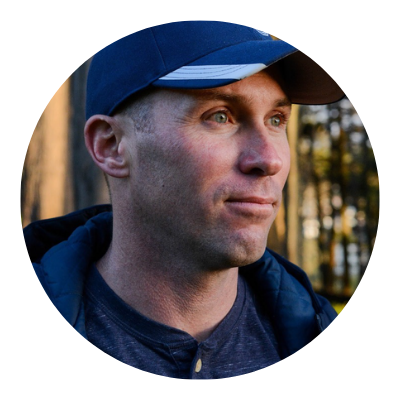 Zach Moore is a software engineer at Checkr, a technology company based in San Francisco, and graduate of Prison to Employment Connection. Incarcerated at the age of 15, he spent the next 22 years in prison where he attained an Associate’s degree and learned to code with The Last Mile program. Upon his release in 2018, he worked as a software developer for TLM before landing an internship at Checkr, and eventually converted to a full-time software engineer. He considers himself an ambassador for those currently and previously incarcerated and looks for ways to increase opportunity and equity in the technology sector for everyone. 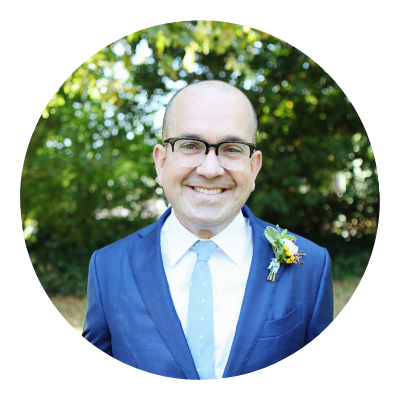 Kevin McCracken is the co-founder of Social Imprints in San Francisco, a full-service branded merchandise company focused on providing higher-paying professional jobs for at-risk adults. A lifelong Bay Area resident, he loves his community and providing opportunities for local residents and businesses to thrive, no matter what their background. Over the past 20 years, Kevin has worked with returning citizens to ensure their success after release. Recently, Kevin joined the advisory board of The Prison to Employment Connection after 6 years of volunteering and has also volunteered with other organizations inside San Quentin. Criminal Justice reform and abolishing the racist and classist system of mass incarceration is one of Kevin’s life-long goals. After 22 years of recovery from heroin addiction and his own struggles with the criminal justice system, he knows from experience that everyone deserves a chance to change and grow. In 2021 Kevin co-created Death by Incarceration, with his friend, co-creator and co-host, and former Juvenile Lifer, Suave Gonzalez. The goal of the podcast is to dig into the system of mass incineration and humanize those who the system has cast aside while giving a voice to the voiceless. 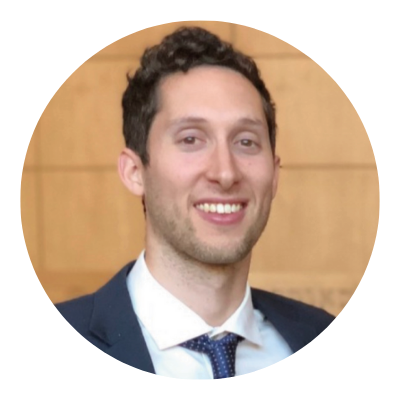 Dan is a Senior Analyst of Finance & Business Operations for Tesla. Prior to this, he worked in Washington, D.C. on energy policy. He was a double major at Williams College in Economics and History. He has volunteered at San Quentin since 2017 through the Prison Sports Ministries where he plays basketball with incarcerated men. In addition, Dan testifies in hearings and submits parole board letters on behalf of men in the program. Dan also participates in resume workshops and mock interviews in the job-readiness program offered by Prison to Employment Connection. 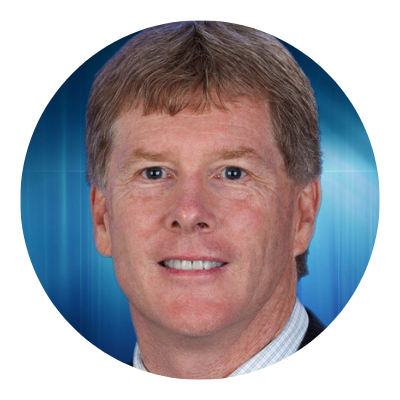 Tom, a father of 4 and husband for 37 years and counting, is a 35+ year technology executive leader experienced in working in startups, mid-sized and large public and private companies with a passion towards technology and helping the less advantaged reach their full potential. His initial exposure to San Quentin was in 1979 as a member of UC Berkeley’s club basketball program and again 10 years ago as two of his children became actively involved in San Quentin sports ministries. Now coming back into the prison decades later, he’s seen the progress in the development of programs like Basketball Youth ministry, Soccer Youth ministry and Prison to Employment Connection. Tom is passionate about helping the incarcerated successfully re-enter society with the tools and support they require to gain excellent employment. Tom met Diana and immediately became aligned with Diana’s Prison to Employment Connection vision. Tom reflects on his own family’s ancestry where only one generation ago, his family had a very meager existence in a remote village in Germany. He is hopeful that Prison to Employment Connection can help both current and future descendants of the formerly incarcerated reach their full potential. He holds a Bachelor of Arts degree in computer science from the University of California, Berkeley, and an MBA from the Leavey School of Business at Santa Clara University. 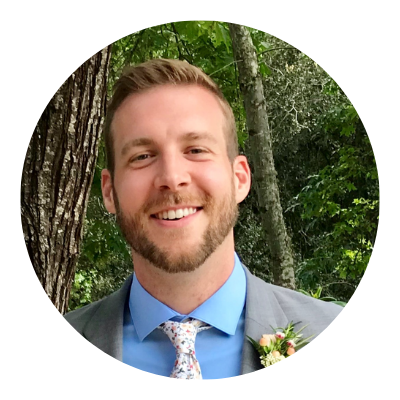 Patrick is currently a Director of Strategy at Salesforce. Prior to that, he worked in finance at Apple, Clorox, and Intel. He holds a B.A. from Claremont McKenna College in Economics and an M.B.A from Claremont Graduate University. Patrick has been volunteering in San Quentin State Prison as part of the Prison Sports Ministry Basketball Program since 2013 and as part of Prison to Employment Connection since 2018. He is passionate about helping formerly incarcerated achieve success, highlight their own values and skills to employers and assist them along the path to changing their lives for the better. Patrick lives in San Francisco and enjoys the outdoors, traveling, basketball, soccer, and snowboarding. He won the Northern California Golden Gloves Heavyweight Amateur boxing title in 2019.

We have over forty P2EC Partners who hire returning citizens.
They represent the following job sectors:

“The employees we have hired from Prison to Employment Connection are more prepared for the workforce than 90% of other applicants we meet. They understand the importance of punctuality, reliability, and following directions; skills imperative in any industry. In addition, their strong work ethics have lifted the performance of their team members. We look forward to continue hiring graduates from this program. They are, indeed, an asset to our company.”

Every Dog Has Its Daycare

Sign up here to stay informed
JOIN US
Scroll To Top